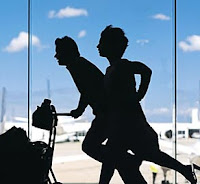 As is the norm in the airline industry, when one company has a fare sale everyone matches it.  I'm surprised merchandising managers aren't pulling their hair out every week updating prices.  Well, a few airlines offered some great autumn fare sales this week, but instead of matching their routes American Airlines decided to blow them out of the water.  This is one of the largest fare sales I've seen in a while, spanning thousands of routes across the U.S.

Not sure if there are deals from your hometown?  Well, I would assume you live near one of the 150+ cities offered.  This is for travel from August 15-September 15.  As usual, flying midweek or off-peak times will get you the best fares.

Click here to view the sale at American Airlines.