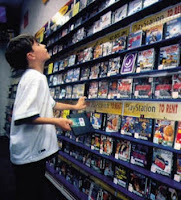 I miss my X-Box.  I really do.  I lent it to a friend six months ago and haven't heard from either of them since.  They changed their numbers and both de-friended me on Facebook.  I can read between the lines.  When I see a big sale like this one from Best Buy I look dreamily at pictures of me and X on the beach, thinking what could have been.

There are dozens of clearance items in this sale.  Here are just a few samples to entice you:
I don't even own a PS3 and I want this Tactical Assault Commander thing. I wonder if it comes as a regular keyboard. It just looks epic. It's camouflaged for heaven's sake.

to view the deals at Best Buy. Bonus: Some offers include free shipping, or buy online and go pick up at your local store for free.