CompUSA Electonics Weekend Sale from $20, up to 70% OFF 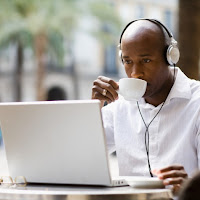 I had a feeling there were going to be some great electronic deals this weekend, and darn it if my spider-sense wasn't spot on. CompUSA joined the fray with this great weekend blowout, offering a variety of deals up to 70% OFF.

Here's some samples for you:
Many offers (usually the more expensive ones) include free shipping, but hurry because these deals go away at sundown Sunday.

to view the sale at CompUSA.