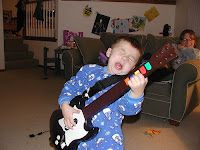 Newegg.com has some new deals on a variety of gaming, well, stuff, just in time to be distracted during the last days of summer. Kick it on the couch with some great savings. Who needs to see the sun when you got your electro-axe and an internet connection?

Sample deals include:
All in all there are over 50 deals to choose from. Cheetos and Mountain Dew aren't included, but free shipping is.

to view the deals at Newegg.com.