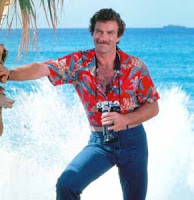 This is a little segmented by region, but these are truly some amazing deals.  Alaska Airlines just released a fare sale to the islands from select West Coast cities, starting at just $169 each way.  This includes taxes and fees.

These are the lowest fares I've seen in ages.  I'm going to call Higgins and have him pick me up in Robin 1, but you can rent a car.

Sample one-way flights include:
Travel is valid on Sundays-Fridays from September 5-December 11, unless otherwise noted.    If you don't live on the West Coast, find a cheap flight on Alaska or Southwest (who just released a systemwide sale) to California and hop over from there.

Click here to view the sale at Alaska Airlines.