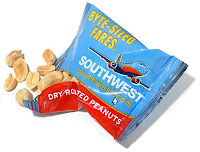 I'm a sucker for Southwest.  They never partner with anyone, don't post their fares on Orbitz, and essentially only pay to promote their fares on their own site.  Why?  Because they can.  Because they generally have the lowest fares out there.  They just released a new sale for travel all the way through mid-February, starting at just $68 each way.

Save on midweek flights to/from California, Texas, New York, Boston, Chicago, and dozens of other cities across the nation.  Don't forget they are also one of the only airlines to still offer free peanuts.  If that's not enough incentive I don't think we can be friends anymore.

Click here to view the deals at Southwest Airlines.