Weekend Electronics Deals up to 70% OFF + FREE Shipping 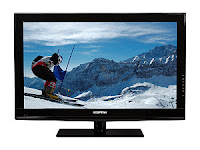 Oddly enough, many electronic retailers have yet to release any big November sales. All except Newegg.com. I believe they are first in line with this new weekend sale

with massive savings on an assortment of electronics. They are also tossing in FREE shipping with any and all orders!

Sample deals include:
There are dozens of great deals for the casual shopper to the tech-savvy build-your-own-computer-from-scratch guy. These items are for sale through Sunday so get it or regret it!

to view the deals at Newegg.com and to purchase.