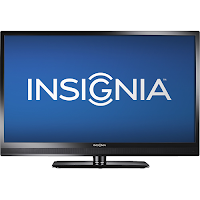 You know it's officially the holiday season when all the major retailers are competing against each other for your hard-earned dollar. I think I've featured Best Buy three times in the last 10 days (give or take), but the point of this site is to notify you of the biggest and best sales out there. So, voila here's a two-day sale

with specials on every category in Best Buy's store.

Check out these sample deals:
Basically you should find a deal on anything that needs plugging in, and don't forget every offer includes FREE shipping. Hurry, because these deals go bye-bye on Saturday at midnight!

to view the sale at Best Buy and to purchase.