Las Vegas, Phoenix, Florida Flights Through May from $69 O/W 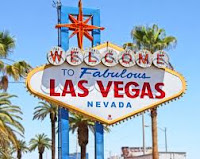 So I'm as big a baseball fan as you can find, but I've never been to Spring Training. This takes place in Arizona and Florida, which so happens to coincide with this Southwest Airlines sale. Fly to/from select cities nationwide for $69-$189 one way. Oh, and Las Vegas is included in this sale. No, there's no baseball in Vegas, but I'm sure you can find something to do there.

Sample fares include:
These fares are for travel through May 31, but you must purchase by January 31. The cheapest flights are mid-week and Saturdays.

One thing I can add is Southwest doesn't charge for up to two checked-in bags. Try that on other airlines. Another perk that I found useful is when you need to change your flight at the last second, like I did last month. They didn't charge me a fee. I kind of wanted to hug the agent through the phone when I found that out.


Looking for more deals, sales, and specials? Visit to our Daily Top 10 page!