Southwest Flights on Sale Through Summer from $59 One Way 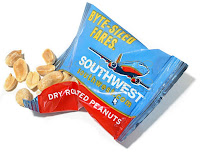 Yesterday I said airlines were going to start releasing summer fare deals, and here's some proof.  Southwest Airlines, that popular low-cost carrier, just released a sale with flights through October discounted from $59 one way.  That's not just through summer, but thick into fall.

Sample fares include:
I don't even know where I'll be in three months, let alone six, but that doesn't mean I can't dream. One drawback is these fares are only valid for Tuesday and Wednesday travel. If you want to fly on other dates feel free, but those prices are going to be a wee (i.e. a lot) higher. Dry roasted peanuts are included in the price.