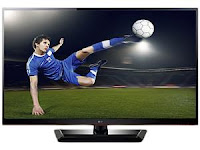 Can you believe 2013 is almost halfway over? I'm still mourning 2012. Newegg remembered and it offering some great clearance deals starting at $10. And, as usual, they are offering FREE shipping with all orders.

to choose from, like...
The irony (to me, anyway) is the lower-priced deals have the most discounts on them. I wish the world worked like that. Could you imagine a gallon of milk for a buck? Then again, maybe I wouldn't buy it then. I need to rethink my dream here.

to view all the clearance deals at Newegg.com.