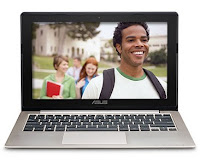 Another day, another back-to-school sale

from Best Buy, with savings on a bunch of random, cool stuff. Don't worry if school isn't in your future, because there are a bunch of deals on items that can in now way be related to studying.

Sample deals include:
I don't know why an air purifier is needed for school, or the complete Dick Van Dyke Show for that matter. I do know that FREE shipping is included in every order.

to view the deals at Best Buy.