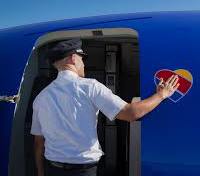 I so rarely fly on the other domestic airlines that I'll happily promote Southwest whenever they drop my jaw on the floor.  For instance, they they released a three-day systemwide sale with fares starting as low as $49 each way.

Click here to view the sale at Southwest Airlines.